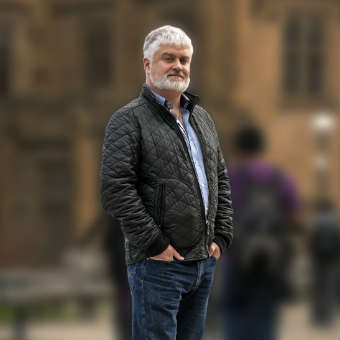 Professor Ian Anderson AO is a Palawa man, born in Tasmania, but has spent the majority of his life in the Koori community in Victoria, where he has extensive family and community networks. These connections are deeply rooted through the colonial history of the Bass Strait. In March 2017 Ian was appointed as Deputy Secretary of Indigenous Affairs at the Department of the Prime Minister and Cabinet, responsible for coordinating the Council of Australian Government’s (COAG) response to the refresh of the Closing the Gap targets for Indigenous health and social disadvantage and was the most senior First Nations official in any government in Australia.

Ian became an Officer of the Order of Australia (AO) in 2017 and was appointed a Fellow of the Academy of Social Sciences and Academy of Health and Medical Sciences, both in 2018.

Ian is Deputy Vice-Chancellor (Student and University Experience) at the Australian National University (ANU), a role he took up in March 2020. As DVC, Ian takes responsibility for delivering an ANU student experience equal to the best in the world.