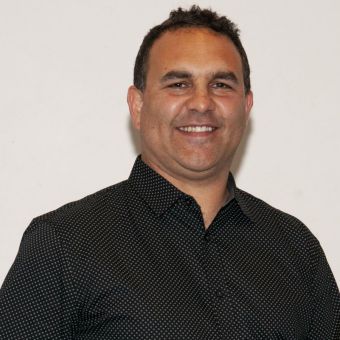 Alister Thorpe is an Aboriginal man from the Gunai (East Gippsland) Yorta Yorta (Goulburn Valley), and Gunditjmara (Western Districts) clans in south-eastern Australia with many family and connections throughout Victoria.

Alister’s work at the University of Melbourne, as a researcher and lecturer, has contributed to Aboriginal communities both in Victoria and Nationally. His work has also included:

He has contributed to his community in many ways such as:

His qualifications include a Master of Public Health from Deakin University in 2013 and the commencement of his PhD at The University of Melbourne in 2016.

Alister will focus on Indigenous health and human rights issues and collaborate with Indigenous experts from around the world.  He held at seminar at The University of Melbourne on Tuesday 20 November 2018 titled US Indigenous Health Systems:  Promises and Pitfalls presented by Karen Diver the Inaugural Faculty Fellow, College of St Scholastica, Duluth, Minnesota.

In 2019 Alister designed and developed “Sovereign Voices, Truths, & Treaties” a booklet to guide and reinforce the need to resource a First Peoples mapping project so that all the information available can be researched, analysed, culturally assessed, substantiated, collated and rewritten for all First Peoples to know the past, present and future.

Alister is a Member of the First Peoples’ Assembly of Victoria