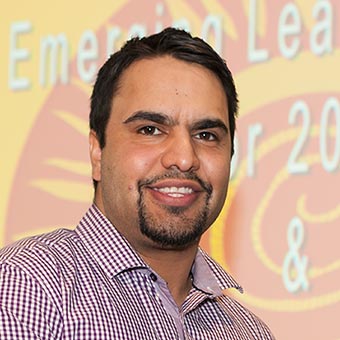 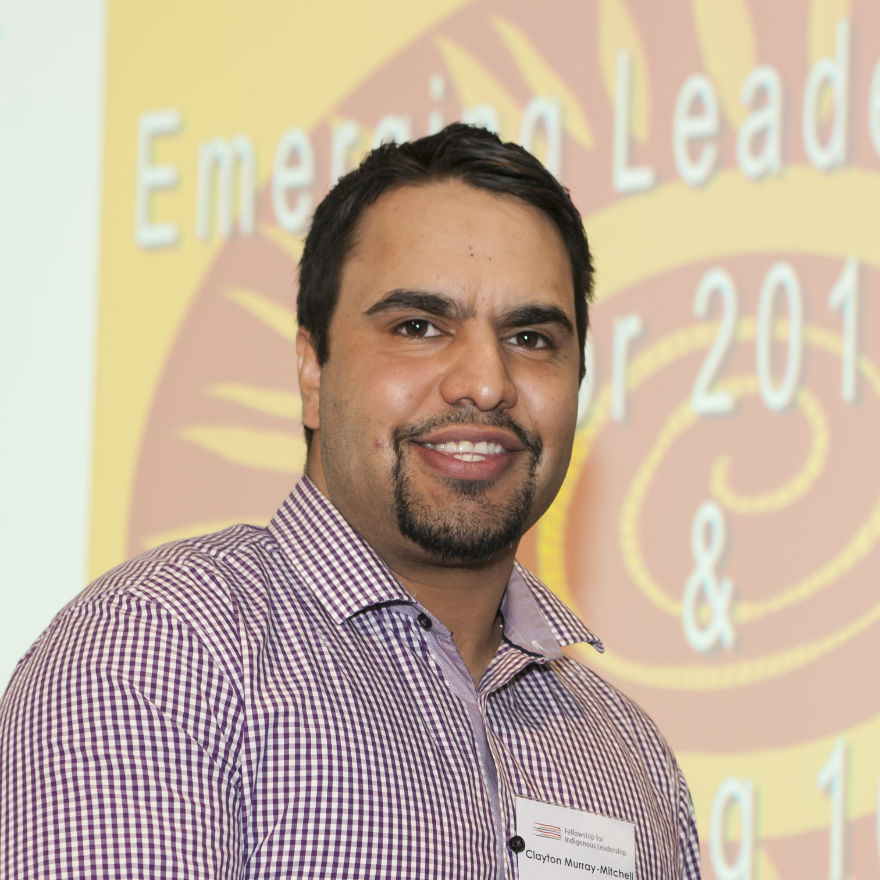 Clayton Murray-Mitchell is a proud Wemba-Wemba, Ngandjon-jji and Yorta-Yorta man who grew up in Echuca, northern Victoria. His family taught him the importance of respect, community, culture, family and integrity. These five values make up the core of who he is and what he represents.

His life has been greatly influenced by the fight and drive of his grandparents, Valerie Mitchell nee Egan, Edward Mitchell, Nora Murray nee Nicholls and Stewart Murray, and he will continue to carry on the legacy they left behind and work towards a brighter future for his community.

These great people, that he aspires to be like, are the reason he put his hand up to make change.

Culture and identity are at the core of who he is and he believes that it is important to know who you are and where you came from. As a teenager, with his cousins, Clayton revived Aboriginal dance in Echuca and created the Dhungala (Murray River Dance Group) who performed at local and statewide events. He has also danced with the Wamba-Wamba dance group (Swan Hill), Melbourne-based dance groups, Koorie Youth Will Shake Spears Dance Group, Koorioboree 2012 and the Wurundjeri Dance Group.


He was a DJ for local music events and has toured nationally as a DJ for Indigenous hip hop act and “Deadly” award winners the Yung Warriors.

Clayton is the Founder and Manager of the annual ‘3 Rivers Festival’ which is held in November in Echuca/Moama and is currently living and working in Western Australia as a Community Development Coordinator for the Western Desert Lands Aboriginal Corporation.