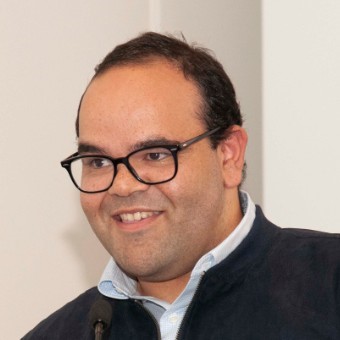 Cienan Muir is a Yorta Yorta/Ngarrindjeri man who grew up around Melbourne, Echuca and Shepparton under two well-known family names (Muir and Nicholls).

Cienan was a Senior Project Officer at the Koorie Youth Council an advocacy body for Aboriginal and Torres Strait Islander young people within Victoria.  He managed and organised many youth orientated events such as the annual Koorie Youth Summit and ‘Blackout’ a smaller regional events for young people.  These act as feedback loops for young people to talk through what they need within their communities.

In 2018 Cienan started a business called ‘IndigiNerd’. The outline of this is quite simple, but the ripples and impact it can achieve are great.

IndigiNerd works to provide events, big or small, for popular culture enthusiasts, video gamers or comic book readers. The aim of this small step is to give the portion of the community who frequent these arenas, a platform and a network to meet likeminded people who are interested in the same things. In the very same arena, this space would encourage an organic conversation around culture, healing and the cultural loads that so many young people experience. It is safe spaces such as this that will truly make a meaningful difference in a young person’s eyes.

“In creating safe spaces we encourage healing, growth and creativity.”

Cienan has been involved in the world of pop culture since 2010 sitting on numerous panels, hosting some and giving a few talks on his work with cosplay.  In doing so, he talks about the role representation plays within various forms of media and the power narrative, he relates this to the concept of SHAME and the unwanted existence it has within the Indigenous community.  Believing that it must be dismantled.

His first large event, the Indigenous Comic Con, was for the whole community. Focusing on First Nations creativity within the popular culture arena.  It was held 29 November – 1 December 2019 at the Darebin Arts and Entertainment Centre in Preston.

The Official Launch of Indiginerd was held at Fortress Melbourne on Friday 20 August 2021.

Cienan’s qualifications include a Bachelor of Arts at Deakin University majoring in both Criminology and Sociology with a minor in Psychology.