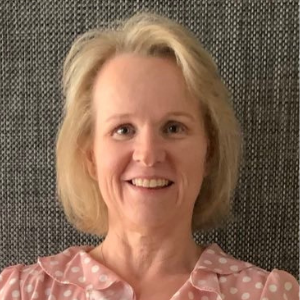 Jody Barney is a proud Deaf Aboriginal/South Sea Islander woman who has lived in Victoria for 30+ years and has developed strong connections with mob in Wodonga to Mildura, Bairnsdale to Eden, Geelong to Warrnambool, her home town of Shepparton, and all regional centres.

She has established these connections due to her extensive work as a private consultant, community developer and researcher. She attributes these connections to working with families where there are numerous members who are Deaf or hard of hearing and now with the increase of disability, mental illness and recently acquired brain injury.

Jody has been given permission to present at various locations and attend functions that raise awareness of disabilities (especially deafness) across a whole sector of a community. She volunteers in many communities, teaching Auslan (Australian Sign Language) in her home and in the community to increase access to communication.

Jody has participated and achieved leadership training from AILC (Australia Indigenous Leadership Centre) OIPC (Office of Indigenous Policy Coordination). Her experience in leadership spans across many industries in both Indigenous and non-Indigenous arenas. These combined leadership skills in education, employment, human rights, disability, women, and advocacy have given her a strong sense of leadership, which has only become stronger.

She was the first Deaf Aboriginal/South Sea Islander woman to present at local, state, national and international levels on the empowerment of Aboriginal people with disabilities, and she was also actively involved in the National Congress process, the First People’s Disability Network (Australia) and the International Deaf Native Gathering. She was also a proponent for the need to embrace gender equality and the rights of Aboriginal people in all service sectors. Jody has worked tirelessly on developing her leadership skills by completing her education over this period and realised a long-held dream when she gained her first university degree – a Bachelor of Applied Management with the University of Ballarat. Jody is also the first Deaf Aboriginal/South Sea Islander person to have a business degree in Australia. She takes her leadership journey very seriously and prides herself on leading by example.

In 2014 Jody was awarded the Brenda Gabe Award and in 2017 she was appointed as the one of the Inaugural Atlantic Fellows for Social Equity.

Jody was appointed to the Board of Koondee Woonga-gat Toor-rong Aboriginal and Torres Strait Islander Led Philanthropic Fund which was launched in March 2019 and is the current Chair.

Jody was inducted into the 2021 Victorian Honour Roll of Women and was one of 23 inspirational women recognised for their significant leadership and excellence in their field of interest, and in 2022 she was granted a Churchill Fellowship to engage with professionals and leaders who are working with First Nations Deaf people in the Justice Systems.

Click on the following link which is one of the many articles published about Jody’s work: