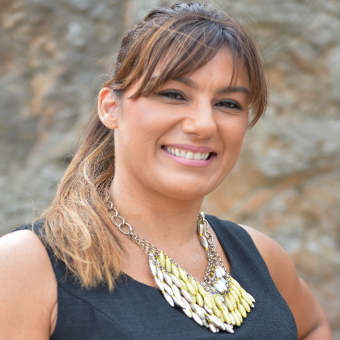 Lidia Thorpe is currently the Managing Director of The Clan Corporation a sustainable housing and renewable energy business and was previously the Aboriginal Employment Adviser for the Municipal Association of Victoria.  Lidia also represents the interests of Aboriginal education as the Delegate for the Lakes Entrance Aboriginal Education Consultative Group, the Victorian representative to the National Advisory Committee for The Smith Family and the Co-Chair of the Victorian NAIDOC Committee.

A Gunai and Gunditjmara woman from the south-east and western districts of Victoria, Lidia has experience in Aboriginal health, Aboriginal funeral services, children’s services and managing her own business in event management and consulting. She received the Fellowship for Indigenous Leadership Award in 2008 and was appointed to the Bairnsdale Regional Health Board and the Lake Tyers Aboriginal Trust managing the training centre.

Lidia was President of the Lakes Entrance Basketball Association for three years, school council member of the Nowa Nowa Primary School, a Steering Committee Member for Indigenous Administrators, a member of Community of Practice, a member of the Institute of Public Administration Australia (Victoria), and a Project Manager with the East Gippsland Shire Council where she addressed disadvantage in Lakes Entrance through the Advancing Country Towns Project. ted to the Victorian Parliament.